At the 2018 Literacy Research Association Conference, Professor Bettina Love (of the University of Georgia) gave a plenary speech focused on the goals of abolitionist teaching – a project to radically restructure education to promote freedom, rather than reforming it or adjusting it at the margins. A key part of this, she suggested, is that educators need to move beyond simply being allies in the struggle against racism and the systemic inequality that black students face. Professor Love noted that allies can be conceptualized as well-meaning people who may march, hold signs and have their hearts in the right place, but who may stand on the side when things get more fraught or dangerous. Black students, she pointed out, need teachers who are willing to put things on the line and take risks. Rather than aspiring to be allies, she believes that teachers should want to be co-conspirators with their students who are actively involved in the struggle for freedom.

I understand the point that Professor Love is trying to make, but I don’t know that I would ever use the concept of co-conspirator to frame my own teaching practice.  For me to recognize somebody as a co-conspirator they would have to really be risking arrest or bodily harm and I think I’m unlikely to do either anytime soon. I have been arrested protesting in the past, but right now I don’t think it is an option for me. The term co-conspirator also gives me some pause, as I worry that it could end up being a bit of hyperbole that oversells a slightly increased level of commitment to the fight.  I can imagine the term being adopted by folks who want to feel they are taking risks when they are doing nothing of the sort.

Although co-conspirator may not end up being an active part of my vocabulary, I think the struggle over how to conceptualize various types of committed teaching practice can be very helpful.  Re-evaluating commonly used terms pushes us refine our language and identify our priorities. Indeed, for generations, educators have been struggling to come up with just the right way to capture what they want to accomplish, particularly those who espouse some form of critical pedagogy. In the end, conclusions about the right word or identity might be always be temporary at best, but a commitment to the process is part of remaining self-reflective and engaged.

In my own experience, the word and concept I keep coming back to is solidarity. bell hooks has this to say about it:

“Solidarity is not the same as support.  To experience solidarity, we must have a community of interest, shared beliefs and goals around which to united, to build Sisterhood.  Support can be occasional. It can be given and just as easily withdrawn. Solidarity requires sustained, ongoing commitment.”

I have found this solidarity easier to develop and realize in some teaching contexts than others.

For nearly three decades I have been involved in community-based adult education, most often teaching English to immigrants. Whether working within the Haitian community of Boston or the Latino community of Elizabeth, I have looked for the shared beliefs and goals that hooks identifies as essential parts of solidarity. Often my students and I connect on issues of economic and political justice.  Our common interests become part of lessons (e.g., pushing back against ICE, raising the minimum wage, etc.) and I make my interest in working on these issues explicit. This leads to walking alongside my students at rallies and protests and discussing advocacy strategies with them. As part of this, I engage in a consistent self-critique focused on making my commitment manifest, relevant and productive. Over the years, I do believe I have experienced substantial amounts of solidarity and I am grateful to have had those opportunities.

For nearly two decades I have also been teaching Masters students at several universities. The situation in these classrooms tends to be much different than my work with adult English language learners. In part, the structure (once a week) and limited time frame (a semester) works against developing solidarity in the university classroom. However, I believe it is more than that. For example, I explicitly ask the Masters students to co-construct parts of the course with me, but many are uncomfortable or uninterested in doing so. I look to create and maintain on-going dialogues, especially around topics that are not going be graded, but the existence of grades and credentialing cannot be ignored. The structure of higher education leads some students to look for efficient exchange relations. That is, they hope to get the grade and the course credit that they want in the most expedient way possible. This transactional approach to education is consistent with the logic of neo-liberalism, and thus is part of a larger problem.

Of course, I have developed on-going collaborations with some Masters students that have outlasted their time in my classroom. As with the English language learners I work with, these partnerships are based on shared beliefs and goals, most often a desire to critique and change current educational practice.  At other times, we recognize that we have common political goals (e.g., fighting homophobia) or sociocultural commitments (e.g., taking popular culture seriously). However, these relationships are the exception, rather than the rule. For this reason, my self-critique in this context revolves around finding the language and analysis that will help Masters students even consider solidarity as a key element of teaching and learning. If I can help them to consider solidarity as a goal for their own education, they may do the same for their own students. 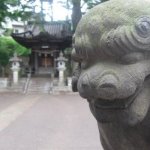 My Tweets
Join 24 other subscribers